Macaulay Motors is proud to be the driving force behind the SIT Zero Fees Southland Sharks since 2010! We're pleased to be supporting the team again this season with brand new Mazda CX-5s and Ford Escapes. The versatility of the SUV really meets their needs, both with the gear players need to carry around, but also accommodating for extra head space required by some of the taller players. Having players driving sign-written vehicles around town also allows them to promote the Southland Sharks’ brand in the community.

Southland has had a proud history with the game of basketball, and after years of work behind the scenes the SIT Zero Fees Southland Sharks joined the New Zealand National Basketball League in 2010.  They have proven themselves a force to be reckoned with over the years, taking out the New Zealand NBL champion title in 2013, 2015, and again in 2018.

Macaulay Motors are thrilled to have been involved with the team as gold sponsors since they joined the League and wish them well as they head into their tenth anniversary season. 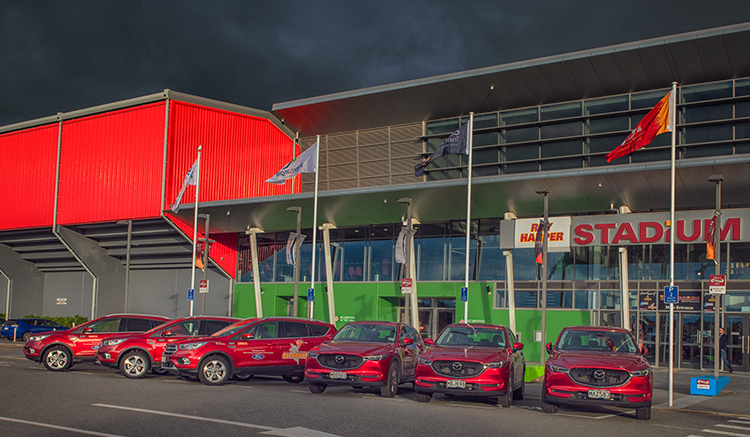 The sign-written vehicles not only assist players getting to practices and games, but allows them to promote the brand while they're out and about as well.

The 2019 SIT Zero Fees Southland Sharks squad at the start of the Sharks' tenth anniversary season.